Week 3 - a sneak preview of Megan and Amy's favourite game

Megan and Amy find themselves entangled in trying to keep a secret that they're not even sure they know, but in between times they like to relax and play board games - sometimes they allow mums and dads to play, sometimes they don't.

Their current favourite is The Gorgon's Loch. 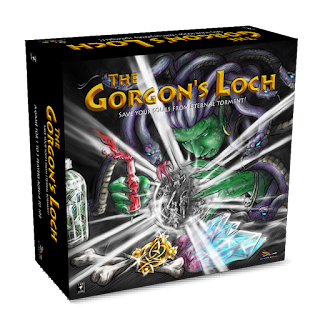 This is a real game. It's due to be out shortly before Horse of the Same Colour, and you can get yourself first in the queue for a copy by heading over to the project page and signing up. It costs just the same whether you buy now or later BUT Megan advises you to buy now because there are some really cool add-ons that won't be available later.

Go and take a look on THIS LINK and leave a comment to say what you think.

Here's a cool fact about the number 3: Somewhere between 3 and 4 is the mathematical constant, Pi. It can be defined as the ratio of a circle’s circumference to its diameter, and is approximately equal to 3.142 but you can keep those decimal points going forever.

For an explanation of why this is a countUP and not a countDOWN, CLICK HERE for the New Year post

Email ThisBlogThis!Share to TwitterShare to FacebookShare to Pinterest
Labels: #boardgames, 3, horse of the same colour, horses, ponies, The Gorgon's Loch

Week 2 of the count up

‘eleven plus two’ is an anagram of another sum that also equals 13. Can you work out that sum? The answer will be in a few posts from now.

For an explanation of why this is a countUP and not a countDOWN, CLICK HERE for the New Year post
at 11:00 No comments:

Email ThisBlogThis!Share to TwitterShare to FacebookShare to Pinterest
Labels: count up, Countdown, horse of the same colour, mathematics, Numbers

A happy, safe and prosperous 2021 to everyone

Having introduced all the new characters and hinted at the BIG SECRET, I had hoped to start a Countdown to Publication. But I can’t because I don’t have a publication date yet.

However, the book will be published in 2021 so instead of a countDOWN, I’m doing a countUP. When I get a date, I will reverse direction and count down.

1 is an interesting number. It’s neither a prime number nor a composite number. Every other whole number is one or the other.

Email ThisBlogThis!Share to TwitterShare to FacebookShare to Pinterest
Labels: count up, Countdown, horse of the same colour, mathematics, Numbers

The secret of the unicorn

**Happy Festive Season to one and all**

After Jack the Horse got things underway many weeks ago  and Professor von Puppet made initial introductions, we have met almost all the new cast of Horse of the Same Colour.

As to who else will be joining Megan and Amy in their new adventure, you can be sure that Naylor O'Neill and her gang will push their way to centre stage. Their long-standing teachers will do their best to keep things under control; fearsome Mr Connor, Miss Blanchard, the new teaching assistant, and the absent-minded Mrs Linstead who turns out to have hidden depths. And the traveller family who join the school for the autumn term also make quite an impact, in particular brothers Menowin and Patrin and their little sister, Rosella.

Here’s a quick reminder of the characters who have been introduced over the past few weeks. Have you decided upon a likely favourite? If so, please leave a comment to let us know which one.

Oh yes, the secret of the unicorn ... I'm afraid I'm not allowed to divulge that. It will all come out when Horse of the Same Colour is published in 2021.

Email ThisBlogThis!Share to TwitterShare to FacebookShare to Pinterest
Labels: Christmas, Horse, Horse of a Different Colour, horse of the same colour, ponies

The person who knows Nutella best describes her thus: “Totally a foodie.”

Now if you’ve been monitoring the unfolding introductions of the cast, that description might have elicited a disbelieving laugh. Is there a single one of them who is not wholly consumed by thoughts of food and how to snaffle it from under the noses of its rightful owners?

Well, no, there isn’t, they’re all obsessed with food, how to track it down and how to grab a share, but of all of them, Nutella is the worst. There isn’t a single task, no matter how important, that Nutella won’t interrupt in the pursuit of a tasty snack.

Email ThisBlogThis!Share to TwitterShare to FacebookShare to Pinterest
Labels: Horse, Horse of a Different Colour, ponies

Zack is the youngest of the bunch who are in on the secret. He is small and chestnut in colour, with a very cheeky face.

Zack’s role model is Jasper, but he always rushes to Flo when he’s in big trouble.

This is Snowy with her ‘Oh no, what now?’ look as she watches Zack race into the barn.

Email ThisBlogThis!Share to TwitterShare to FacebookShare to Pinterest
Labels: Horse, Horse of a Different Colour, ponies

If you’re a toadaphobe, look away now.

Peanut isn’t a toad but he has toad eyes that he can put to good use if the gang need to have someone distracted. And the gang often want to distract someone, especially if the someone is guarding a stash of food.

Peanut creeps up on people and peers at them through some handy obstacle like a hedge, then he opens his eyes W-I-D-E. For a second, they think they’ve seen this: 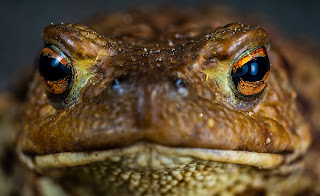 And if they are bufonophobic, they will run away and leave their picnic unattended.

Horse of a Different Colour